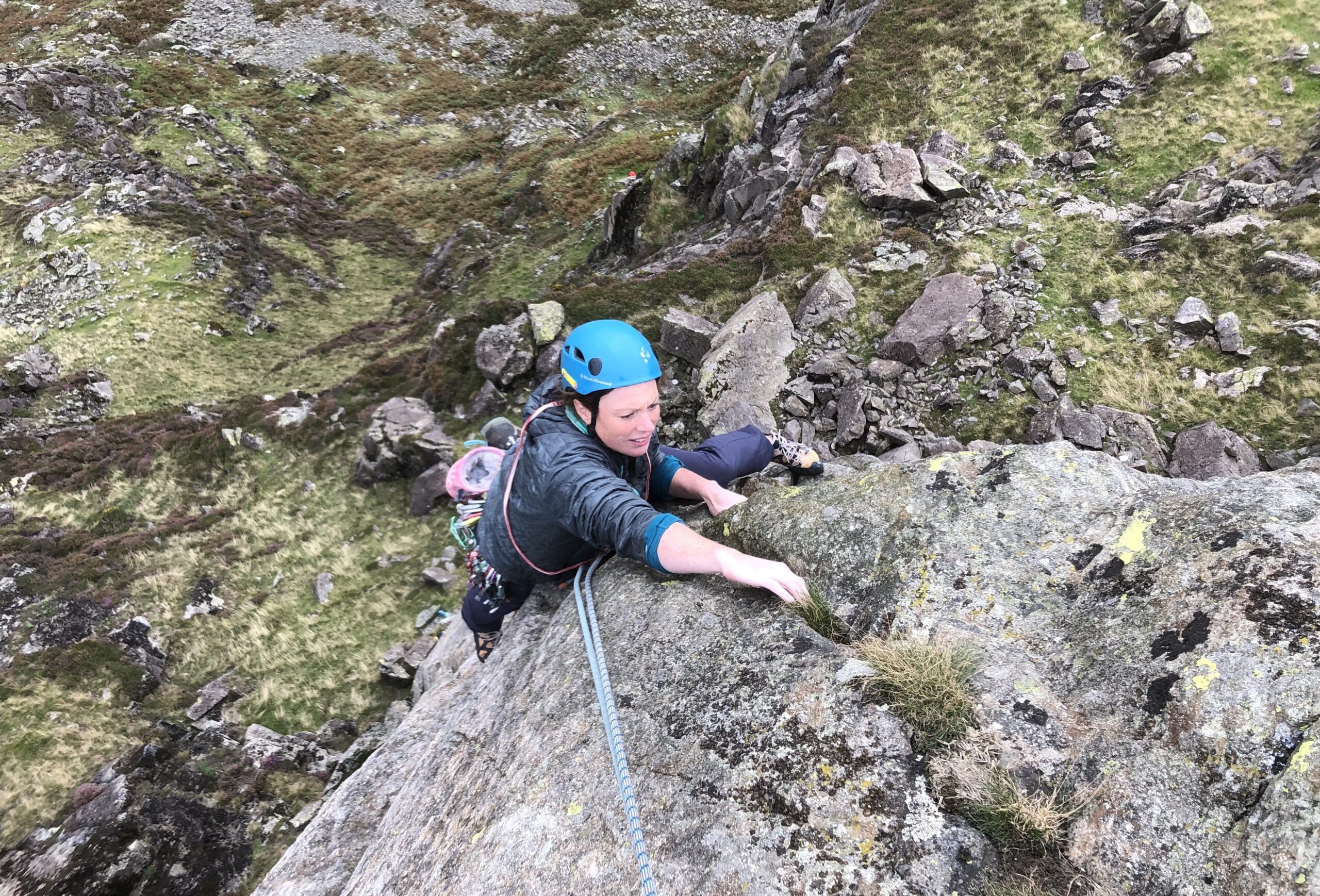 Twelve of the Best Rock Climbs in the Western Lake District

The western fells of the Lakes cover a huge area that is home to some fantastic crags and a good diversity of rock types, including rhyolites and andesites associated with the Borrowdale volcanics, intrusive granite in Eskdale and if you keep going west, the Triassic Sandstone of St Bees.

It’s impossible to do justice to them all here, so for the purpose of this article, I’ve decided to concentrate primarily on the mountain crags, but have included a few suggestions from one or two of the lower-lying crags which make good alternatives if the weather in the mountains is poor.

Some of the routes included are from the Scafell area which is sometimes considered to be part of the southern fells, however, the boundaries are arbitrary and the crags listed here generally fit well together for the purpose of this article.

This list of twelve of the best rock climbs in the western Lake District includes routes right across the grade spectrum (apart from those at the very top end), with four easier routes (Diff – VS), four medium grade (HVS – E3), and four harder (E4 – E6/E7). So, grab a brew and enjoy.

The southern slopes of Great Gable are home to a labyrinth of great crags and buttresses which are collectively known as The Napes. Although there are routes here right across the grade spectrum, the vast majority are in the easier grades and make brilliant mountaineering excursions. The area is split up by numerous gullies which are generally best avoided, however, many of them have striking rocky ridges running adjacent to them which make wonderful routes.

Arrowhead Ridge is one of many and the direct route makes for a really entertaining climb which tackles a small needle in its lower flanks followed by a wall and a pronounced airy horizontal arete in its upper section. Most of the routes up here dry quickly and receive plenty of afternoon and evening sun, however, they do become very slippery and much more difficult in damp or wet conditions.

Possibly the best route of its grade in the Lakes! A subjective statement, but one of the reasons Tophet Wall receives such a high accolade is due to the fact that it takes a relatively easy line through some very steep and improbable terrain. That said, despite its modest grade, it does require respect. Some sections of the climb are sparsely protected and competence in a multi-pitch environment is essential.

It’s possible to abseil back down after the last pitch onto the scree below, or continue scrambling up the ridge to join a big grassy shoulder onto which all of the longer routes on the Napes converge. Many decent options are possible from here, or alternatively, another route on Westmorland Crag will take you nicely onto the summit of Great Gable.

On the other side of Great Gable and standing proud above the head of Ennerdale is Gable Crag itself, which, being north-facing, feels quite different in character to the Napes. The central area of the crag features a big square cut wall with a collection of high-quality predominantly mid-grade routes. Engineer’s Slabs is the easiest and most obvious route up here, and cuts a line right up through the middle of the wall culminating in an amazing top pitch up the big hanging groove. An ascent of this on a fine summer’s evening is an experience not to be missed. 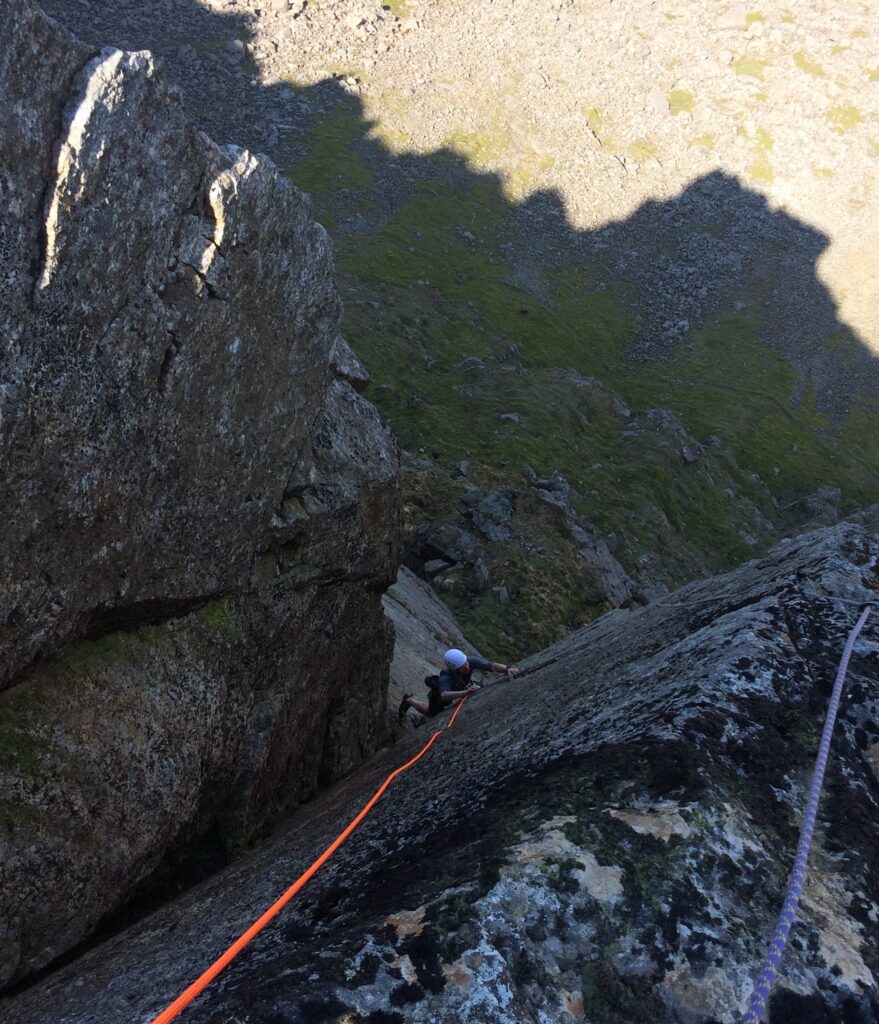 Looking down the final pitch of Engineer’s Slabs

Upper Eskdale always feels like one of the more remote corners of the Lake District and for any self-respecting climber, a visit to Esk Buttress is essential. The crag itself is one of the most beautiful in the Lakes and with great rock, a sunny aspect and wonderful views it’s pretty hard to beat. However, whichever way you choose to approach, it always involves a big day. The Red Edge is one of many superb routes on the crag and features brilliant exposed climbing with generally good gear. There is an abseil point at the top of the first (main) pitch and if I was to do this route again I would probably abseil from here to avoid the fairly nondescript top pitch and save on walking back around to the base to give more time for another!

Buckbarrow is a real gem for Wasdale and offers a great alternative to the higher crags if they are wet. It often sits out of the weather when Scafell is shrouded in cloud, plus it’s quick-drying and has a sunny southeasterly aspect. These factors all combine to make it a reasonably reliable venue. Buckbarrow is actually made up of several small crags and buttresses which provide good options for various link-ups. The two mentioned here are both superb but quite different in character.

Imagine takes a steep and strenuous corner capped by a small roof on the biggest of the crags’ buttresses; Witch Buttress. This leads nicely on to Pikes Crag which lies just above. Needless Eliminate is a wonderful route and slightly more technical in nature. Linking Imagine into Last of the Summer Wine would make an equally good alternative at the same grade.

High Crag appears quite camouflaged in some light conditions and often seems to blend into the hillside when looking up from the valley in a way that belittles its size and quality. It is, however, one of the major crags in the Buttermere valley and home to loads of great climbs. One of the best up here and a firm favourite for many people is Philistine. This route takes a prominent blunt arete and has a serious feel with good gear only revealing itself when most needed. The rock is excellent and the positions are superb but an early start will be needed if you want to climb in the sun.

The East Buttress of Scafell needs little introduction. An awesome venue and possibly one of the best in the Lakes for those climbing in the mid to higher grades. The crag takes the form of a big horseshoe facing anywhere between east and south-east, so once again, it catches the sun in the morning. It is a steep crag, particularly in its lower half and well featured with strong lines in the form of big corners, grooves, crack systems and aretes. Everywhere you look there is another amazing line.

I’m not usually a fan of girdle traverses but on a big cliff like this and with such good rock it makes sense to make the most of it. Lord of the Rings is definitely up there with the best of its grade in the Lakes. At 342 metres and 14 pitches, it’s also the longest rock climb in the lake district and makes a really unique challenge. Expect to have to deal with some wet rock in all but the very driest periods and some tricky route finding in places. However, if it all gets too much it’s nice to know you’re never more than a rope length from the ground. Pack your sandwiches and give yourself plenty of time for this one. 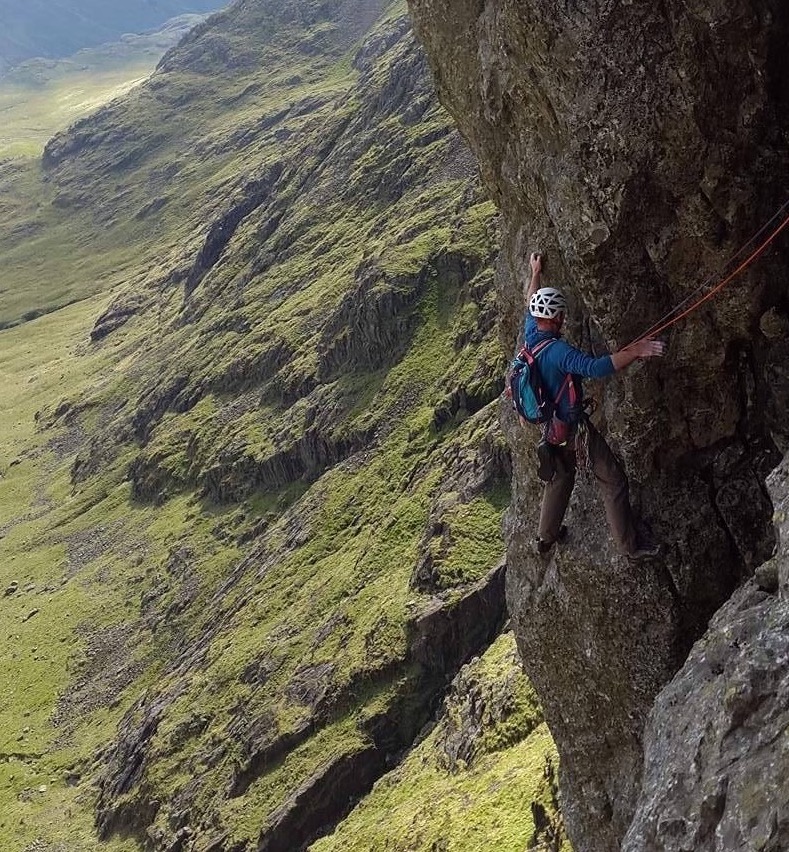 A hop over Mickledore ridge from the East Buttress brings you underneath Scafell Crag and the large clean face of Central Buttress. Facing north, the routes on here tend to get the last of the day’s sun. The rock is clean and solid and the atmosphere on all of the routes is superb. The Lord of the Rings theme for route names up here feels very appropriate, as the crags have an other-worldly aura about them. The White Wizard starts up the first pitch of a classic VS called Botterill’s Slab, but soon breaks out-right to follow a parallel line up a steep crack system with four well-balanced pitches. Precious.

Ennerdale is a beautiful long valley in a relatively quiet corner of the Lakes. Along with Gable Crag at the very head of the valley, Pillar Rock hosts the majority of the climbing interest and stands out like a giant sentinel on the northern flanks of Pillar itself. The crag’s topography is quite complex but generally takes a conical form split over two tiers which are called Low and High Man. The latter being a much sought after ‘Nuttal’ for dedicated hill walkers.

Tapestry takes a beautiful line up one of the most continuous and unbroken faces on the mountain. The main difficulties are in the second pitch which features a slim right facing groove which peters out into a seemingly blank wall tantalisingly close to the ledge above. Thankfully it’s not as blank as it seems and a few committing moves out left and up soon bring you up to said ledge. The final pitch gives easier but well-positioned climbing up to an abseil point.

Back over to the East Buttress and one of the most striking lines on the wall. Lost Horizons takes the big obvious open-book corner in the centre of the crag. The groove itself is well protected with a hard traverse out left at its top which gives the crux of the climb, however, all is not over as it still keeps coming at you above. There is also a more direct exit to the groove but it seems to be less popular. Whichever way you choose, it’s no pushover at the grade but always a great test of one’s mettle.

Tophet Wall is a place where the imagination runs riot. Everything about the crag feels impressive and intimidating and the route names all add to the special character of this place. Supernatural is a stunning route which takes a bold line up through the steep walls to the left of Tophet Wall itself. The climbing is technical, although never too strenuous but it does have a serious feel about it. I made the mistake of starting up this route in thick cloud which gave the rock a slightly damp feel, but it soon cleared up and turned into a fine and very memorable day.

Moving away from the high crags and to add a bit of diversity, I’ve chosen a short and punchy little route to finish off. Bell Stand is a small, sunny and quick-drying granite crag tucked away in the leafy woodlands of Eskdale. It has the feel of a natural gritstone outcrop, and although it’s not of the same stature of many of the routes listed above, there are a handful of routes here to make a visit worthwhile. Enigma Wall feels much like an extended boulder problem but features some difficult and committing moves towards the top. Can you crack the code?

I hope you’ve enjoyed this article and if you feel inspired and would like to arrange some guided rock climbing with us then please get in touch.